Beginning at the age of three years old, this South Carolina native acquired piano teaching from her late grandmother. Every member of her family is musically inclined. Angie realized the Levitical gift on her life in high school when her music teacher discovered Angie had “perfect pitch.” God established her music ministry as she served as Minister of Music and Pastor of Worship for over 12 years, beginning at age 12.

As a Levite, she recorded her debut album in 2003 and has ministered in places such as the Bahamas, Switzerland, and Japan. She recorded three albums, “Singing Outside the Box,” “The Ministry of a Broken Key,” “Prophetic Worshipper," “Your Kingdom Come," and her latest EP release, "Fervent Faith Prayer." She served as the Music Director of the Gordon Columns Gospel Choir for eight years at her alma mater, the University of South Carolina Upstate. Angie was licensed to minister the gospel and began her journey to the prophetic in 2002. She has also ministered through song with William Murphy III as a Background Vocalists on his new Live Recording project, “Godchaser” and shared the stage with Kirk Franklin, Fred Hammond/United Tenors, Marvin Sapp, Lecrae, Isaac Carree, Le’Andria Johnson, Mary Mary, Tye Tribbett, Rance Allen, Lee Williams and the Spiritual QCs, Daryl McFadden, and many others at amazing events such as Joyfest at Carowinds and Spiritfest and private worship devotion device at the Billy Graham Evangelistic Association. In 2013, as a Artist Advocate for GTM Ministries, Angie and her Team (Levites) also participated in music mission trips to Italy and instructed a 10-day workshop and concert with the Free Voices Gospel Choir in Torino, Italy.

She and her husband, William Cleveland, are the co-founders of Faith 2 Faith Glory 2 Glory Ministries where the passion is “Refreshing Love, Refreshing Life.”  She has a zeal for empowering and pushing people into their destinies.  She recently birthed Habakkuk 2 Institute (H2I), a purpose building, non-accredited school that is designed to help people discover their gifts and their purpose in the Body of Christ.  H2I has now grown to four different courses (Purpose Course, The School of Prayer and Intercession, The Levite Institute and The Kingdom Entrepreneur) and has helped change and shape the lives of 99 alumni in its first year.

She has released three books entitled, “Now I Know Why I Suffered," “Love: The Greatest Force Ever," and "Conquering Insecurities. Angie believes strongly in walking not only in the anointing and power of God, but living in the character and integrity God requires of His chosen. She strives to live a lifestyle of brokenness which she promotes everywhere she is assigned to minister, whether it is through teaching the Word of God or through ministering Levitical through song. 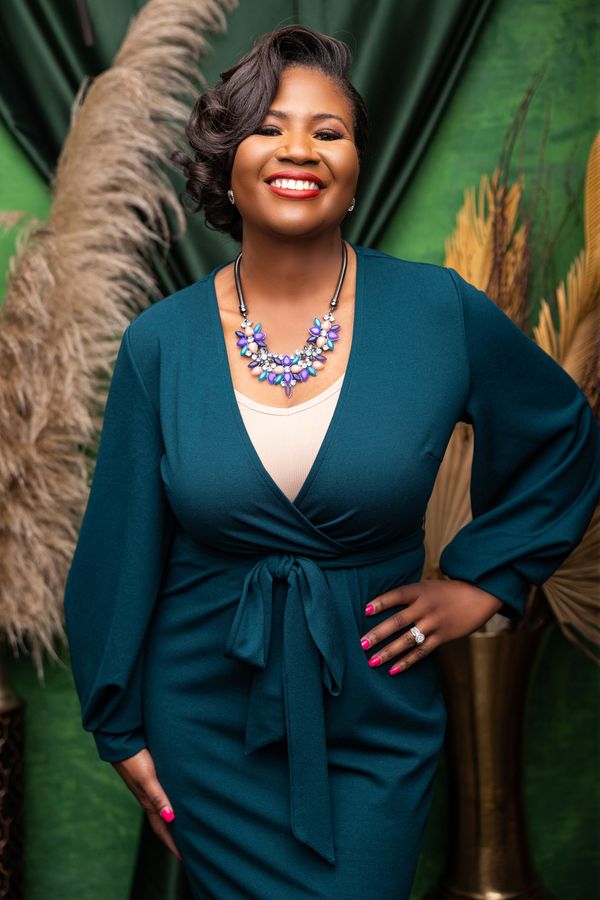